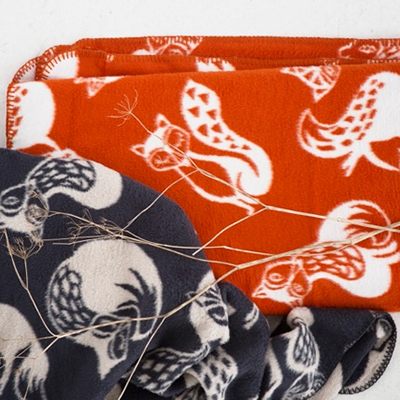 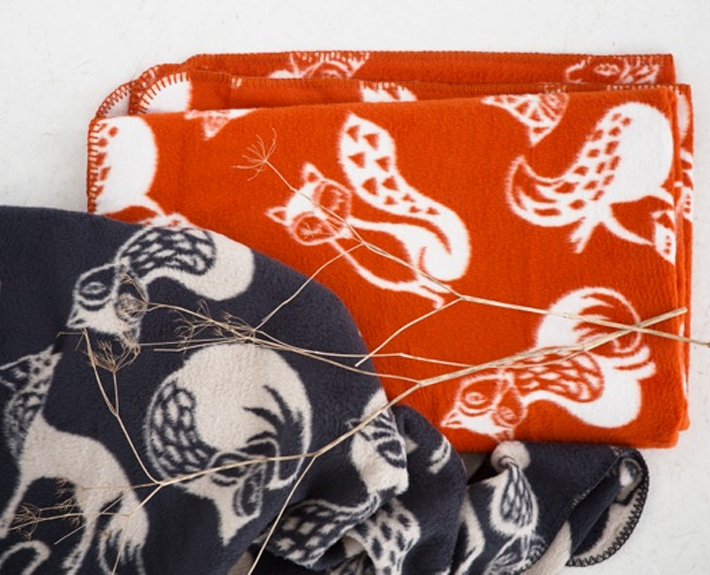 In every culture different animals have different personalities attached to them.
In many cultures, the fox appears in folklore as a symbol of a sneaky and trickery, or as a familiar animal possessed of magic powers.
The fox, while weaker, in the end outsmarts both the evil and voracious wolf and the strong but not-so-cunning bear. It symbolizes the victory of intelligence over both unkindness and brute strength.
The attitude towards foxes in different folklores / cultures is ambivalent. While in Asia it seems to be not very positive, we were surprised to find that The Moche people of ancient Peru  believed the fox to be a warrior that would use his mind to fight. We kind of like it.
The bear symbolizes strength, courage, and introspection in animal folklore; whether it is presented as essentially bad or good, it always has something to teach us.
You can buy these beautiful Fox Tails blankets in orange and grey color here: